Skip to main content
You are the owner of this article.
Edit Article Add New Article
You have permission to edit this article.
Edit
Home
News
Schools
Sports & Recreation
Business
Arts & Culture
Opinion
Photos
Aspen Daily News
Share This
1 of 2 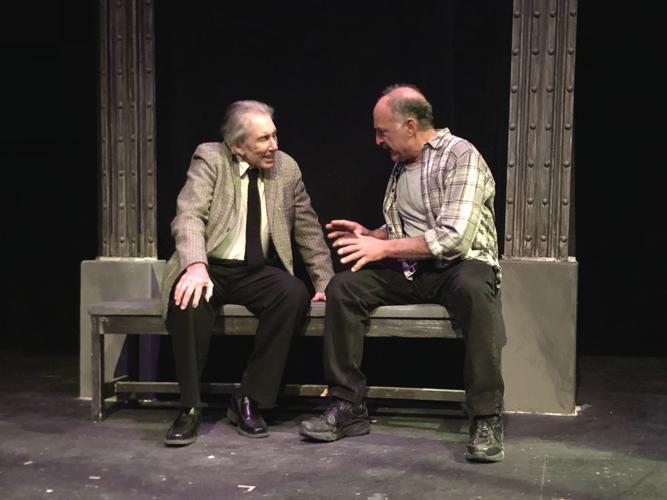 Lee Sullivan and Tamela Kenning, center, headline the cast of Thunder River Theatre Company’s production of the Arthur Miller drama “A View from the Bridge.” 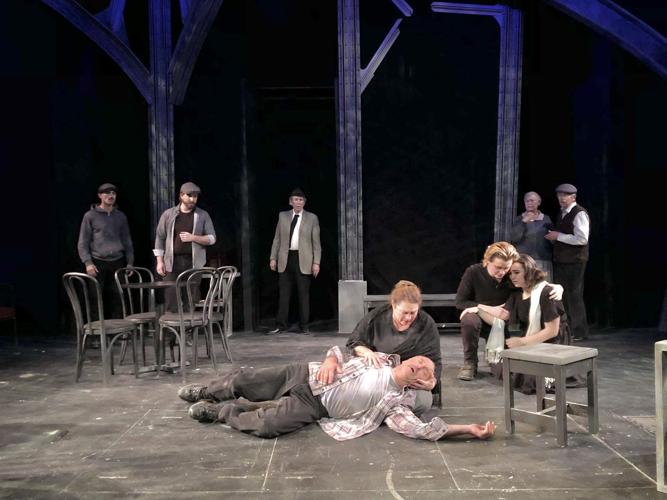 Lon Winston (left), as Alfieri, and Lee Sullivan, as Eddie, in a scene from Thunder River Theatre Company’s production of the Arthur Miller drama “A View from the Bridge.”

Though the figurative view for Eddie, the protagonist in Thunder River Theatre Company’s production of the Arthur Miller drama “A View from the Bridge,” is decidedly bleak, the same can hardly be said of the company itself as it gets ready to open its first main-season production of 2020.

The play opens today (Feb. 20) at 7:30 p.m. and runs through March 7, but that’s just the start of things for TRTC. With its popular Diva Cabaret series and Consensual Improv comedy troupe playing to packed houses up and down the Valley, Carbondale’s hometown theater is riding a wave of momentum that is only going to get stronger as 2020 rolls on and a couple of new cooperative projects begin.

“We have just created a new collaboration with Valley View Hospital, and we are going to be offering an improv class at the Calaway Cancer Center,” said Corey Simpson, TRTC’s associate artistic director.

“One of the doctors at the hospital, an oncologist, loves the improv group and actually took one of our improv classes before with his wife,” Simpson said. “They love improv, and he was realizing that the whole philosophy of ‘yes, and’ is so valuable to someone that’s going through an awful medical experience over which they have no control.”

In Simpson’s reckoning, taking time to forget about cancer and just have some fun can be a great comfort to someone dealing with a disease, and the open-mindedness and ability to go with the flow that are at the heart of improv can make it easier to handle difficult decisions and prognoses. The ad-libbing and being-in-the-moment aspects of improv are also part of a new program that TRTC will be sharing with area youths this spring.

“As part of our ‘Theater for Young Audiences’ program, we are offering a new playwriting workshop for schools,” Simpson said. “It’s going to combine teaching with our improv group to teach playwriting concepts and then, in one session, spontaneously create the elements of a play and have the improv group act out, on the spot, the story that the students have created.”

The program, which will be taught by local playwright and poet Kristin Carlson, along with a handful of Consensual Improv actors, will be coming to area schools in April or May, according to Simpson.

As for the full Consensual Improv show, it was once again a part of the Aspen Laugh Festival with a free Après Comedy Hour show yesterday at Aspen’s Silver City Saloon. The uproarious, adults-only show has been “going like gangbusters,” according to Simpson, and will make its return to TRTC on March 20.

First, though, there’s Arthur Miller’s classic, “A View from the Bridge,” directed by Simpson and featuring an almost entirely local cast. Concerning an immigrant Italian-American family in Red Hook, Brooklyn, in the 1950s, the story touches on important themes about family and immigration that are just as pertinent now as they were in 1956, when the play premiered to rave reviews in London.

“There are so many ways that it’s relevant to our experience today,” Simpson said. “At the heart of the piece are these common bonds that exist and the unspoken rules that we live by in minority communities that help them survive. What we see in the play is this incredible obsession and love that Eddie has for his niece Catherine and how that comes into conflict with the unspoken rule that, ‘if I’m an immigrant, I’m not going to report other immigrants to immigration.’”

Played by longtime local actor Lee Sullivan in his first role since returning to the valley from North Carolina last year, Eddie lives with his wife, Beatrice, played by Tamela Kenning, and her niece, Catherine, played by Sophia Higbie, a Valley native currently living and working as an actress in New York. Their story is told, in part, by the lawyer Alfieri, played by TRTC founder Lon Winston, who acts as a sort of Greek chorus-type narrator.

Eddie, Beatrice and Catherine’s relationship is marked by Eddie’s improper love of and near obsession with Catherine. Trouble ensues when two of Beatrice’s nephews arrive from Italy.

“When the two relatives come over on the boat, one of them falls in love with Catherine,” said Simpson, “and bad things happen.”

Having developed a reputation for taking on hard-hitting, challenging dramas, TRTC was a perfect venue to explore those “bad things,” and for Simpson, “A View from the Bridge” represented a chance to direct a work by one of the theater world’s true legends.

“Miller is one of the all-time greatest American playwrights,” he said, “and he’s known for these incredible examinations of the American family and how it operates and works, or doesn’t.”

“A View from the Bridge” opens with a preview at Thunder River Theatre at 7:30 p.m. Feb. 20. Official opening night, featuring a champagne reception, is at 7:30 p.m. Feb. 21. For additional showtimes and ticket information, visit thunderrivertheatre.com.