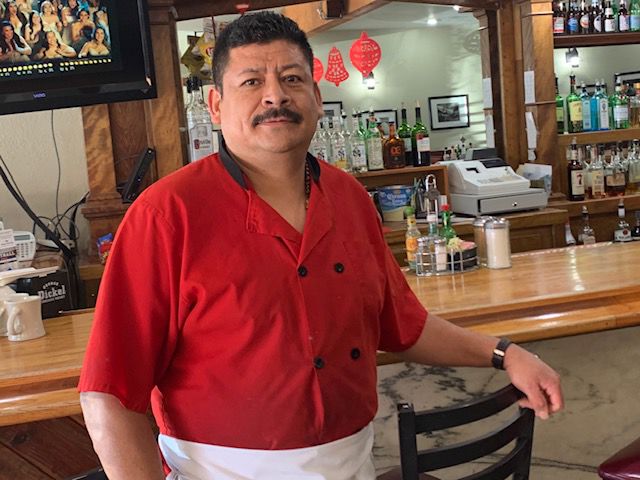 Javier Huerta has been chef at Two Rivers Cafe for 26 years. He recently took over the eatery’s reins. 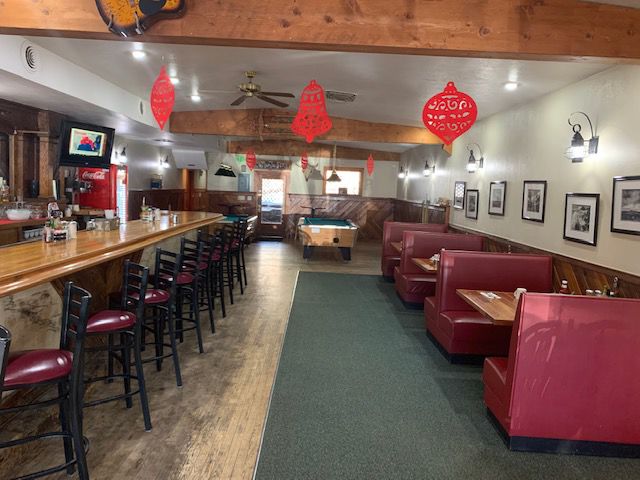 The bar at Two Rivers was featured in an infamous scene from the cult ski flick “Aspen Extreme.” 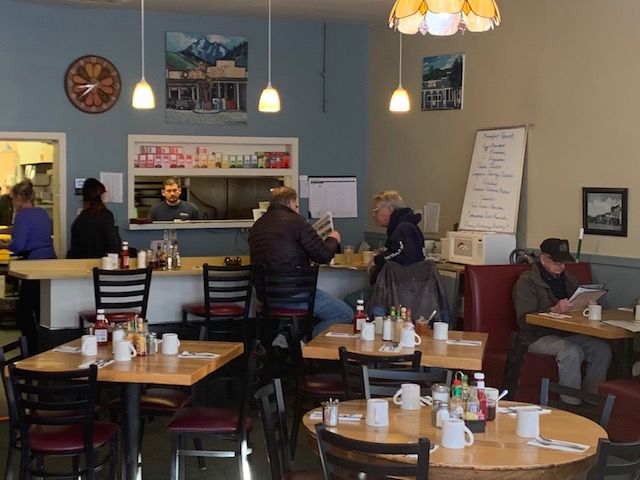 In between the breakfast and lunch rushes, patrons can enjoy a few moments of quiet in the cafe’s dining room.

The scrambled eggs are fluffy, the bacon is crisp, just the way I like it, and the coffee is hot as I breakfast on a Monday morning.

The breakfast rush has thinned out, with only a few patrons still working over their eggs and oatmeal, and Two Rivers Cafe is open for business just as it has been since 1979. The only difference is a new owner, Javier Huerta.

“He and I were breakfast cooks at the old Wienerstube Restaurant in Aspen at the time, and the opportunity came up to lease this space in Basalt. At the time, Basalt didn’t have a breakfast place, and we took a leap of faith.”

Kane, Breed and their wives, Jill and Sheila, owned the restaurant for 41 years. Recently, they decided they had had enough, and they turned the business over to Javier Huerta, their head chef, who has worked for them for 26 years.

“Javier started with us more than 25 years ago and slowly took on more and more responsibility,” says former owner Kane. “He’s just a phenomenal man. Probably the hardest working individual I have ever met. He’s the reason why we were able to last so long. After 25, 30 years of working 10 hours a day, six days a week, we just couldn’t do it anymore. We figured it would be a great opportunity for Javier.”

Before Two Rivers opened, the location had been a cafe called Janey’s, according to Basalt Historical Society’s Janice Duroux. Back in the day, when Frying Pan Road was train tracks and the main street in Basalt was Second Street to the north, there was a grocery store in the building where Two Rivers Cafe is currently located, according to the paper booklet, “Basalt Friendly Town,” by Earl Elmont.

When Kane and Breed took over Two Rivers in 1979, the cafe was only located on the right side where the current restaurant operates. Next door to the west was a Western Auto store. When that shop went out of business three or four years later, they agreed to also take over that spot, creating a bar with a pool table and seating.

For a time in the ’80s, Two Rivers had live music at night and some pretty wild parties. Two Rivers even had a featured segment (where some dodgy behavior went down) in the cult film “Aspen Extreme.”

Now, both the bar and the cafe close at 2:30 p.m., after serving breakfast and lunch. But Two Rivers is still a natural gathering place for memorials, weddings and birthdays.

“We’ve always made the place available for those events because we wanted to give back to the town. The locals supported us for a lot of years,” explains Kane.

Steady as she goes

Under new owner Javier Huerta, don’t expect many changes in the near term.

“I don’t think we’ll make many changes, not right now,” says Huerta. “We might try a few different dishes. A couple of years ago, we started a tamale special, and now it’s on the menu.”

Next summer, Huerta may extend their afternoon hours, keep the bar open and have special nights with salsa or some other music.

Huerta moved from Mexico in 1991 and started working at Two Rivers in 1993.

“I am very excited about taking over Two Rivers,” he says. “It’s a lot of work, but really OK. I really appreciate the opportunity Rick and Pat have given me.”

While Huerta doesn’t have a single favorite on the Two Rivers menu, he does love the specials that have been added in the last few years, many suggested by him as head chef.

“I like it when the people say they really like the food,” Huerta offers with a smile. “We have a few specials every day, and people love them.”

As for Rick Kane and his wife, they will remain in the Roaring Fork Valley. They bought a place on Missouri Heights about 35 years ago when it was only them and a rancher living up there, and they plan on still keeping the place as a home base while they travel with their dogs in a recreational vehicle.

“I probably won’t miss getting up at 4:30 every day,” he laughs. “My fondest memories are all the employees and the fantastic people that we served.”

His thoughts are seconded by one of Two Rivers’ longtime servers, Laila, who has worked there for 15 years.

“The people are just great,” says Laila. “Two Rivers is the community gathering place. People who haven’t seen each other for years will run into them here. The place won’t change one bit, and it shouldn’t. It should stay the same way for the next 40 years.”