Skip to main content
You are the owner of this article.
Edit Article Add New Article
You have permission to edit this article.
Edit
Home
News
Schools
Sports & Recreation
Business
Arts & Culture
Opinion
Photos
Aspen Daily News
Share This
1 of 4 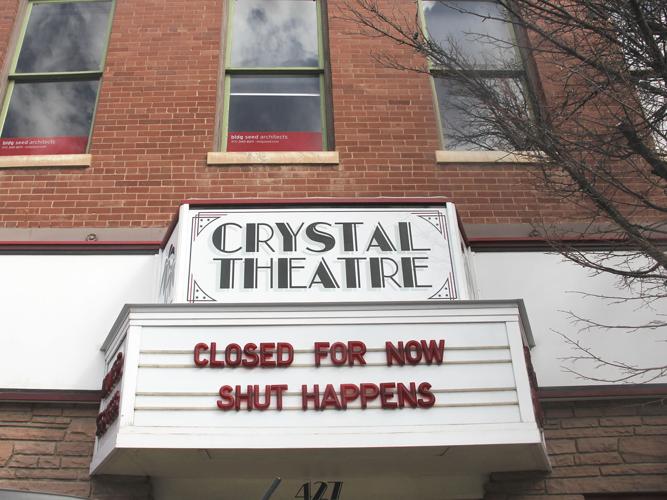 Signs of the times: There are plenty of unknowns right now, but it’s smart to take a deep breath, calm down and don’t panic; the Crystal Theatre keeps the COVID-19 impacts in perspective while maintaining a sense of humor; many Mid-Valley businesses, including Skip’s in Old Town Basalt, are adapting to state regulations by changing the way they do business. 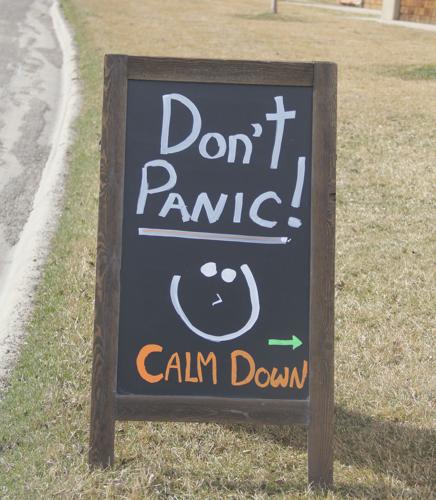 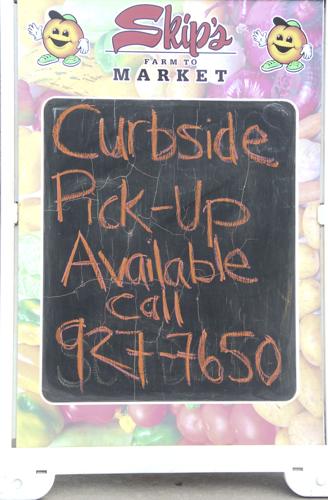 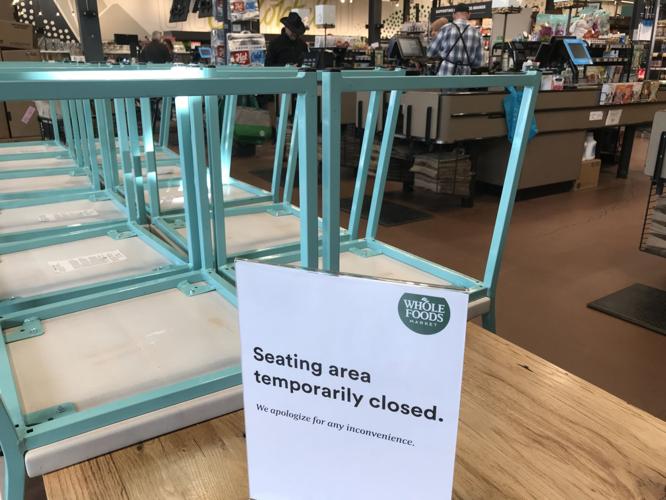 Whole Foods has closed its seating area in response to Gov. Polis’ orders that prohibit dine-in operations. The market has still been busy nonetheless.

It would be difficult if not impossible to find someone in the Valley whose life had not been significantly impacted by the outbreak of COVID-19 and the mandated measures at local containment.

From children’s school closures to senior citizens’ activities and on-site meal services, the curtailing of live entertainment options and even the temporary shutdown of Basalt’s beloved library, the interruptions to our daily stride continue unabated and with a body slam many agree is at least akin to the Lake Christine Fire’s aftermath.

Experts predict the coronavirus fallout will get worse before it gets better, yet it’s part of our fabric to seek some stability as the landscape continues to shift beneath our feet.

Attempts at some semblance of normalcy were seen this week in everything from the first public meeting called since the town of Basalt on March 13 shuttered all public buildings (while still conducting necessary business) to how locals have coped with mandated social distancing, to the shift of all restaurants from dine-in to take-out only facilities.

“Whole Foods is handling it as best they can. They’ve done a beautiful job of keeping the produce looking good. There are smiles on the faces of people at the checkout stands,” Belinski said. “They’ve had huge runs on food and handled it miraculously.”

One obvious change has been the state-mandated closure of Whole Foods’ seating area where pizza and other hot foods may previously have been enjoyed.

Plenty of Mid-Valley restaurants are ready to step into the void of supplying food-to-go as the more lucrative sit-down operations are temporarily curtailed.

“Cars are coming in though less than usual,” Belinski said. “Still, there’s a lot of activity. People are being careful, guarded and a little worried,” he said.

Governor Jared Polis this week announced limits on gatherings, events and the closure of bars and restaurants except for carry-out and delivery services. Also closed until further notice are theatre and gyms.

Girding for tax base impacts

Though grocery stores, including the two Mid-Valley City Markets, as well as local liquor stores and dispensaries appear to be having some pretty large days right now, it’s not enough to compensate for other segments of the economy that contribute to the local tax base.

“Even with grocery stores doing well, I suspect our sales tax is going to be down,” said Basalt Town Manager Ryan Mahoney. He said while February’s numbers are just starting to roll in, they don’t reflect the COVID-related business slowdown that’s hit like a landslide within the past week.

“As businesses start recording the impacts, hopefully we’ll get some more direction” on how the budget may need to be revised in order to react.

“We’re not looking at laying off staff as part of this,” Mahoney said of the 34 full-time employees employed by the town of Basalt. Instead, “We may have to cut back on certain capital items.”

“What we hope to get from our business community is to (ascertain) specifically what their struggles are. And how we can work together regionally,” Mahoney went on to say. “What we’re trying to do is stay at the forefront and be a resource.”

Local businesses are asked to fill out a survey that’s available at basaltchamber.org/covid-19.

Asked if the town would be able to provide any financial support in the form of cash handouts, Mahoney said, “I don’t think that’s our place. We’re going to really rely on our state and federal partners for that.”

Impacts may be ‘ridiculous’

If experience makes one more nimble at handling upheaval, then the Mid-Valley could possibly ride the storm as well or better than its neighbors.

It wasn’t that many years ago that Willits Town Center’s most defining physical feature was an incomplete Whole Foods foundation that was a manifestation of the great recession. It remained in that incomplete state for about three years. More recently, Old Town’s economic engine stalled abruptly during the summer-to-forget that followed the July 2018 Lake Christine Fire.

“The economic impacts are going to be ridiculous,” Whitsitt said simply in advance of the March 17 town council meeting.

Elected officials passed an emergency ordinance last week to allow the joint meeting (which included the planning and zoning commission’s input and vote) to proceed virtually and without a large physical presence of either the public or most councillors.

Both the P&Z and council members voted unanimously in favor of the town’s final master plan in a meeting that had its fair share of technical challenges (in part because there was a 45-second delay between the live meeting and when it was seen through the GrassRoots broadcast). Viewers were encouraged to either email or call with any comments but no members of the public weighed in during the Tuesday evening meeting that took less than an hour.

Another attempt at maintaining a semblance of normalcy during these suddenly abnormal times is moving ahead with no changes to the April 7 election for Basalt mayor and council.

In a press release from the town, Mahoney was quoted as saying, “It is still appropriate and safe to vote in our April election. Voting will give each of us in Basalt a say in our community’s future.”

A total of 12 election judges will be utilized; eight will participate in the hand count for mayor and four will help run the ballots through the counting machine for the town council candidates, Mahoney said.

The first training session, which was scheduled for this week with staff from Telluride, was canceled for COVID-related reasons. It will be rescheduled as an online meeting.

While Whitsitt had suggested, half-seriously, that maybe haz-mat suits be used, the town manager said Basalt had neither access to suits nor masks for the election officials.

“The idea is to keep the group spaced out and make sure they’re using one ingress and one egress, make sure people are washing their hands.”

Ballots were mailed out beginning March 16 from Minnesota and should be in voters’ hands later this week, Mahoney predicted. That this is a completely mail-in election could help with the social distancing at the heart of the coronavirus prevention efforts. The ballot drop box is located outside of town hall.

Those who may have questions about the election or who did not receive a ballot should contact Town Clerk Pam Schilling at 970-279-4381 or pams@basalt.net.

Because Basalt spans two counties this has required the town to stay abreast on notifications from EC Alerts and Pitkin Alerts. “We really continue to rely on the messaging that’s coming out of both organizations,” Mahoney said.

Throughout the Mid-Valley there are doors that have physically shuttered based upon the state mandates to slow the spread. Many also remain open including sports stores that are suddenly ramping up for the biking season.

Though a predicted major winter storm this week could temporarily drench those springtime aspirations, the town’s response speaks to the kind of normalcy during trying times it’s trying to maintain.

“The town’s public works team is preparing to keep Basalt’s streets plowed and sidewalks cleared through the storm,” according to the press release.