Skip to main content
You are the owner of this article.
Edit Article Add New Article
You have permission to edit this article.
Edit
Home
News
Schools
Sports & Recreation
Business
Arts & Culture
Opinion
Photos
Aspen Daily News
Share This
1 of 3 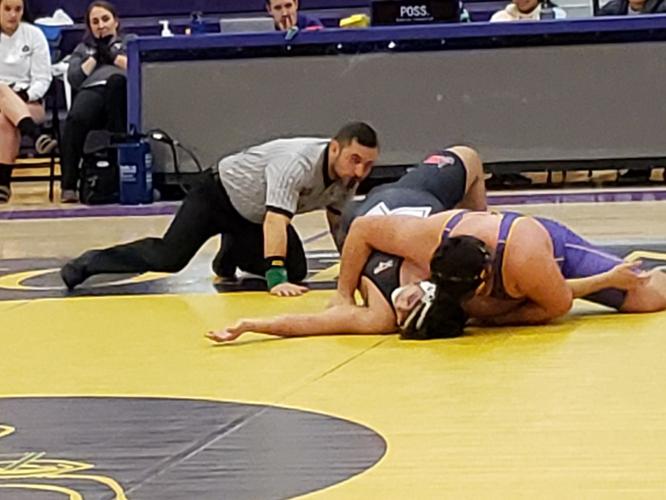 Ernesto Lopez of Basalt pins Eagle Valley’s Abraham Garcia for the win during last week’s triangular meet with the Summit Tigers and Eagle Valley Devils. The Longhorns continue to do well in the heavier weight wrestling classes. 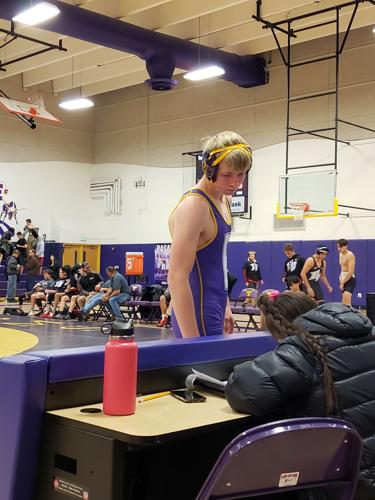 Basalt’s 6'1” freshman 160-pounder Brady Samuelson, checks in at the scorer's table during a recent 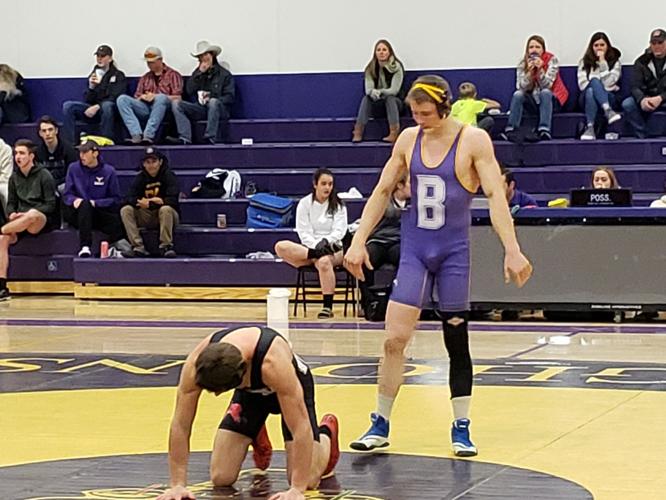 As was reported in late December, the winter high school sport that doesn’t get as much attention as some others, wrestling, is going strong at Basalt High School. At this point in the season, several Longhorn grapplers are doing very well indeed. There are still chances to see them in action, too.

Following a triangular meet Jan. 23 with the Summit Tigers and Eagle Valley Devils, Coach Ryan Bradley told RFWJ, “It went pretty well. We won four of the six contested matches. That was pretty nice for us. It would’ve been better for us if we’d matched up better with Summit on weights.”

Basalt had to forfeit several matches due to not having wrestlers in some of the lighter divisions, so the team score appeared lopsided in favor of the Tigers. It was the same story against the Devils of Eagle Valley that evening.

But in the heavier weight classes, Basalt continued to do well in that meet, as it has all season, with some of its leaders, Ruben and Brady Samuelson and Ernesto Lopez, all winning by pinning their opponents.

Bradley acknowledges that, saying, “One thing I love about wrestling is that you can still go win, even if your team doesn’t win. That’s one thing that’s different (from other sports), and you’re kind of in control of your results and your future, in that respect.”

The coach is ready for Thursday’s (Jan. 30) dual meet. He says, “We’ll be wrestling Coal Ridge. We’ve beaten them earlier in the season, which was actually a pretty good match-up for us with the weights. It’s also Senior Night, which is pretty exciting. And we should have Fisher Mitchell back, who’d been out sick.”

Now leading the way for the Longhorns is Roaring Fork junior Ruben Samuelson, at 170 pounds. In the Eagle Valley portion of the tri meet, he pinned the Devils’ William Geiman in about 1 ½ periods, a total of 3:31.

Samuelson says, “I’d beaten him before. I go out there and just try to have fun, and just focus on scoring points.”

Wrestling can be a somewhat insular community, especially in fairly rural areas like our mountain valleys. The competitors do get to know their opponents well, often facing the same people over several years.

In the case of that match, while he’d faced Geiman before, the familiarity hadn’t been all that strong. Ruben adds, “I didn’t know this guy. I just went out there and told myself, ‘I’m going to do my best, and try to beat this kid.’”

Samuelson was unbeaten for the season after that match. He stayed that way following several more wins Jan. 25, at Paonia’s Screaming Eagle Invitational. Four more falls, or pins, that day elevated Ruben’s record to 29-0 on the season. He took the 170 championship, pinning Cedaredge’s Dusty Emig in 1:55.

He adds, “So far I’m undefeated in varsity matches, but I have two losses in exhibitions. I try not to focus on that, but just on beating the next kid, and keeping on rolling.” Going into the Coal Ridge dual, Samuelson simply says, “I think it’ll be a good match-up. I’m ready to take them on.”

In the Longhorns’ triangular, Basalt’s Ryan Zheng, Ruben’s freshman brother Brady, and Lopez all drew forfeits against Summit, and Jose Castorena pinned the Tigers’ Graham Kalaf in the 3rd period, 4:54 into the match. Brady Samuelson pinned Eagle Valley opponent Santiago Martinez in 3:09 at 160 pounds, at 152 pounds, Zheng was pinned by Jason Morrison, Castorena lost to the Devils’ Daniel Gallegos by a two-minute pin at 182, and Lopez pinned EV’s Abraham Garcia in 3:05.

The senior Lopez played football at about 250 pounds, and is wrestling in the 285 class. Although he’d seen Garcia before as well, he treats each match similarly to the way Ruben Samuelson does.

Ernesto says, “No matter who I’m wrestling, I just come in with a clear mind, knowing I have to do what I have to do. There’s no other way about it.”

Lopez adds the match with Garcia went according to plan, in that “I knew I was stronger, and I was taller. So I was just trying to get under him the whole time. I was using his shortness against him, and at the end when I decided to fully send it, I just got him on his back and finally stuck him there.”

“I always love wrestling in front of my home crowd, bringing the whole town in. That’s what I’m all about. It should be a good one, with some crazy moves out there to give the crowd what they want.”

Coach Bradley says his squad’s fully geared up for the Coal Ridge dual.

“We feel good about it. We’ve been wrestling these guys since middle school, so we know them well. They’re a great team, with good coaches, good people. But we plan to beat them at home.

Following our report on El Jebel resident and BHS grad Hailey Swirbul in the Dec. 26 RFWJ, Swirbul made some big waves.

After some family holiday time, the up and coming cross-country U.S. Ski Team talent went to the national championships in Houghton, Michigan and essentially swept her events.

Swirbul won the women’s freestyle sprint Jan.2, posting on Facebook that it was her “first time on the top step” at Nationals. The next day, Hailey ran 4th in the women’s 10k freestyle.

She went on to win the women’s 20k classic event Jan. 5, and the classic sprint Jan. 7.

Technical glitches Jan. 28 prevented most Basalt basketball fans from hearing the big rivalry games with Aspen that night, according to Always Mountain Time Radio. They apologize, and believe they have the problem cleared up for the rapid-fire closing weeks of the hoops seasons.

In Tuesday’s action, the Longhorn girls upped their record to 6-4 for the season, hammering the Aspen Skiers 52-21. Basalt was led by senior Riley Webb’s 13 points in its 3rd straight victory. The boys’ game was tight with the 1-10 Longhorns leading the 9-4 Skiers most of the way. But Jonathan Woodrow scored 12 points on his own in the 4th quarter, and a furious finish came down in the Skiers’ favor, 54-48.

All Longhorns games and any playoff action after Feb. 21 are broadcast on coloradosportsnetwork.com.