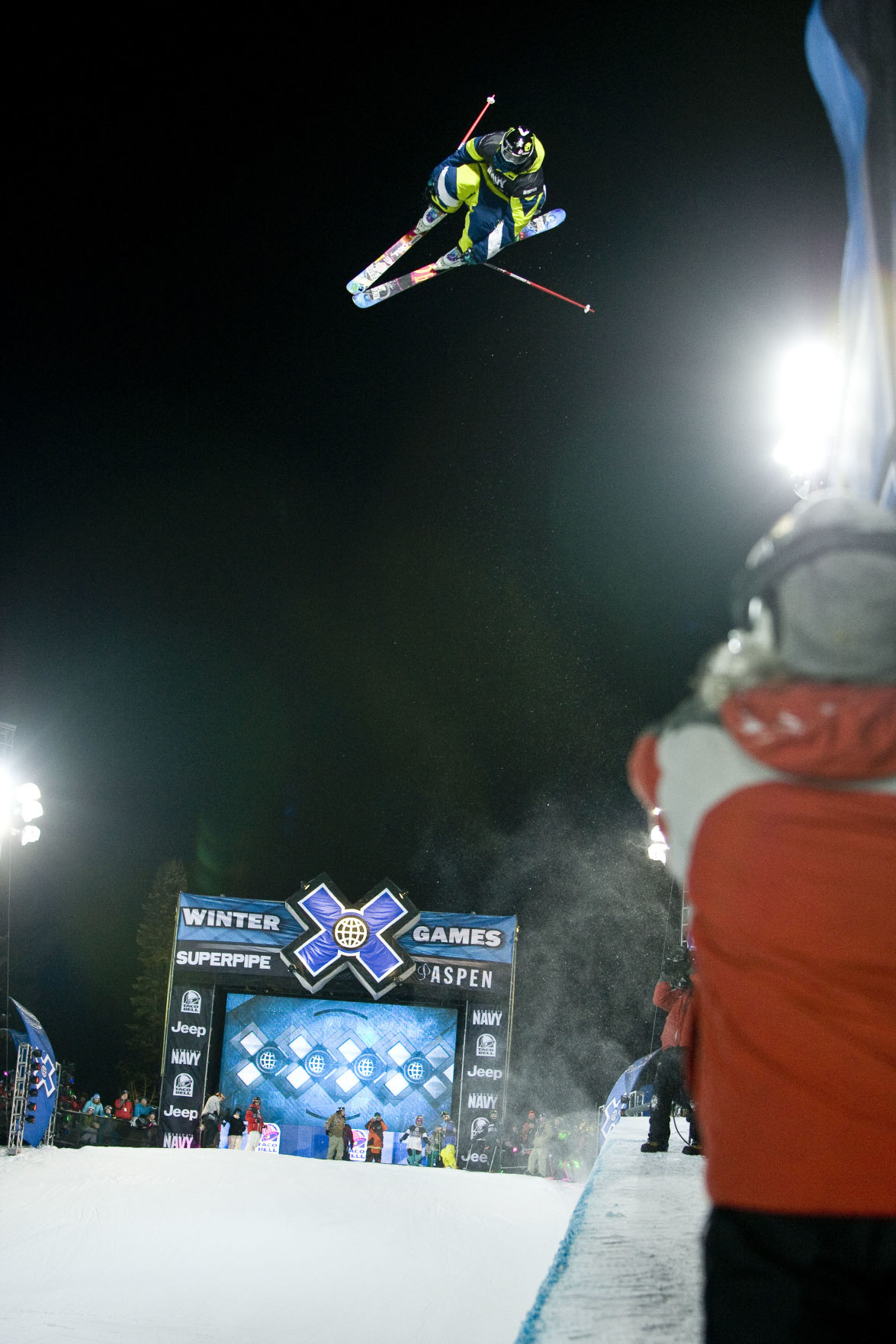 Peter Olenick flew 24 feet, 11 inches above the deck to win X Games gold a decade ago. The event has not been contested in the decade since, which makes Olenick the High Air reigning champion. 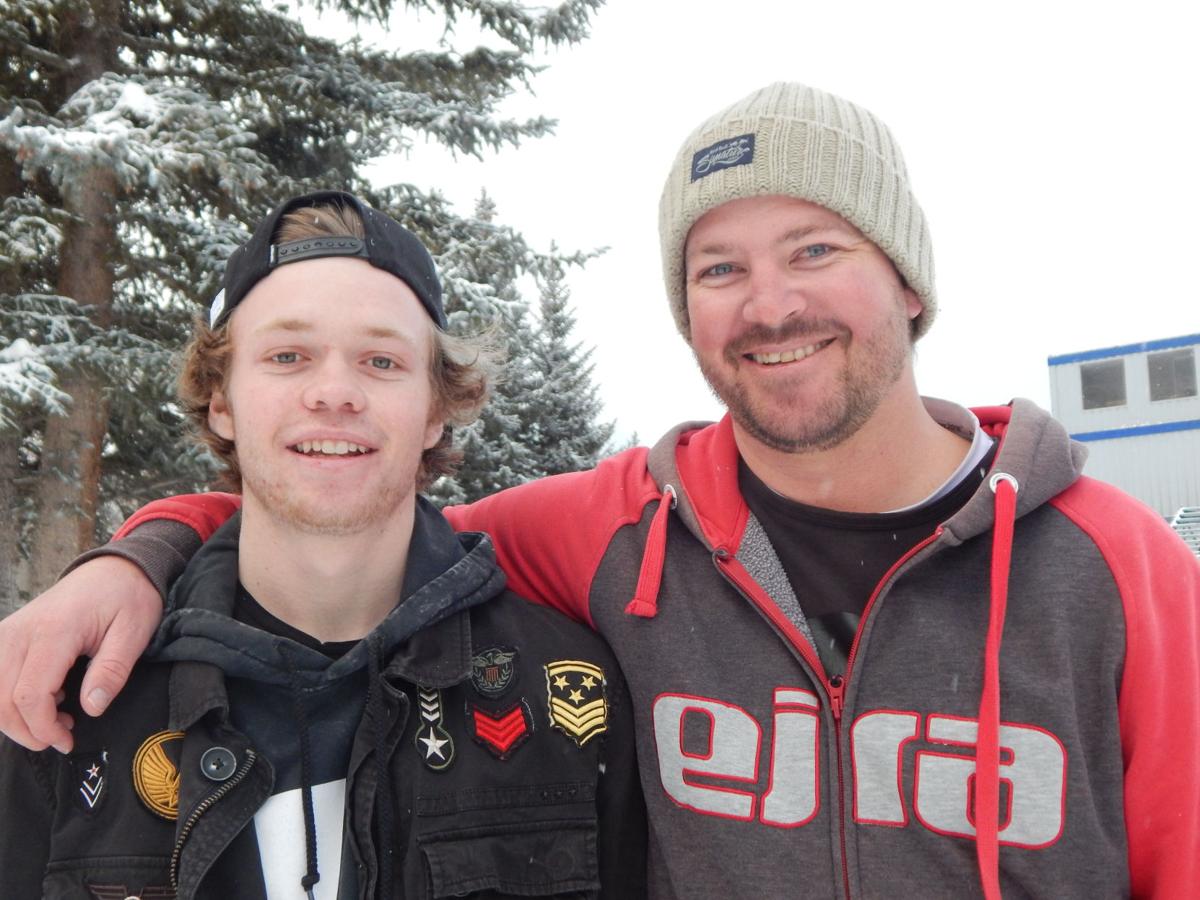 It’s going to be a hectic week for freeskiing coach and reigning X Games gold medalist Peter Olenick, as the biggest show on snow for extreme athletes draws ever nearer.

X Games Aspen 2020, which roars into Aspen’s Buttermilk Mountain Jan. 23-26, features two athletes who are coached by Olenick and are members of his P.R.O Team Foundation, Aspen native Cassidy Jarrell and Yujin Jang of South Korea. Both skiers have been selected as alternates in the halfpipe event, which begins with preliminaries next Friday and whose finals are Sunday, Jan. 26.

Olenick, a Carbondale native and CRMS graduate who lives in Ironbridge, is also coaching more than two-dozen Red Bull winter athletes that will compete in slopestyle, big air and the pipe, he said.

To the core of athletes on his P.R.O. Team (Jarrell, Jang, Tristan Feinberg, Aaron Durlester and Kangbok Lee), Olenick remains a role model who can still get it done on the hill. Case in point: On Monday of this week, the 30-something found conditions were ripe at Snowmass to throw a backflip on a run. He did it to impress a female friend, Olenick allowed, with a laugh.

Early brushes with notoriety came in 2007, when Olenick pulled off his patented “Whisky Flip” in the Buttermilk pipe. It’s a testament to the sport’s rapid progression that the Whiskey Flip, a double flatspin, was a pioneering move at the time. It earned Olenick an X Games bronze medal that year, to add to his prior silver and bronze medals from 2004.

But it was his breathtakingly gutsy maneuver in 2010 that remains etched in the memory of P.R.O. Team members like 20-year-old Aspenite Cassidy Jarrell.

“What he did, to this day, was nuts!” Jarrell said this week. “Twenty four feet, 11 inches,” Jarrell said with genuine admiration.

‘Trying to bridge the gap’

The Olenick family is well-known in Carbondale, in part because dad Bob Olenick owned and operated the Red Rock Diner for many years. Peter’s mom Molly is a nurse and her skiing skills are also impressive. Peter’s brother and sister, Michael and Megan, were also elite competitors during their respective heydays.

Their team is supported by a nonprofit foundation which uses fundraisers and donations as a way to defray some of the athletes’ expenses. Earlier this season, P.R.O. hosted an event that featured a pair of films, including Torin Yater-Wallace’s “Back to Life” documentary. Yater-Wallace is also a Mid-Valley resident and much-decorated X Games veteran, who will compete in the Ski Knuckle Huck during this year’s X Games Aspen 2020.

While an active competitor, the cost of skiing for himself and his siblings “was certainly an issue,” Olenick said.

“A lot of people in the Valley get to ski cheaply when they’re younger,” he said. But as athletes transition to a more elite level, things get rapidly more expensive. Olenick said Jarrell, who is a member of the U.S. Ski Team’s rookie halfpipe squad, will pay in excess of $30,000 this season when training, travel and competitions are factored in. An early season camp in Austria alone cost a cool 2,200 euros, without flights, he pointed out.

“We’re trying to bridge that gap and make it about skiing and not the finances,” Olenick added.

Even though the training and competition season for freeskiers now spans almost 12 months a year, Olenick still finds time to work on his golf game. He accompanied Yater-Wallace on the golf course several times last year as the latter athlete came back from a debilitating injury suffered in Dec. 2018 in a halfpipe crash. Yater-Wallace recently returned to snow.

A 5 handicap, Olenick has as his own personal goal — the desire to meet Tiger Woods and maybe play a round with the reigning 2019 Masters champion.

Both elite athletes could share stories about what it’s like to be at the top of their game as an upstart and how continuous hard work and new goals continue to keep them relevant in their chosen sports.