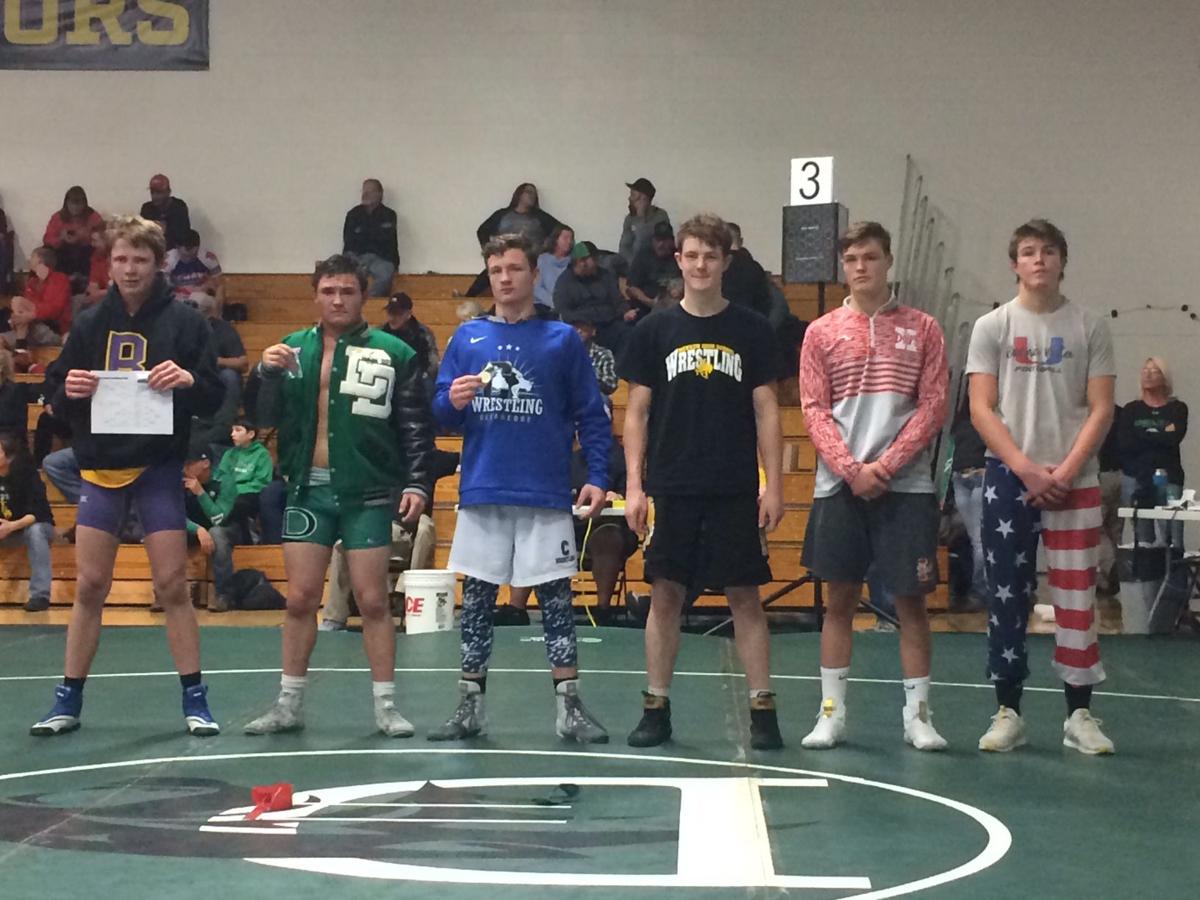 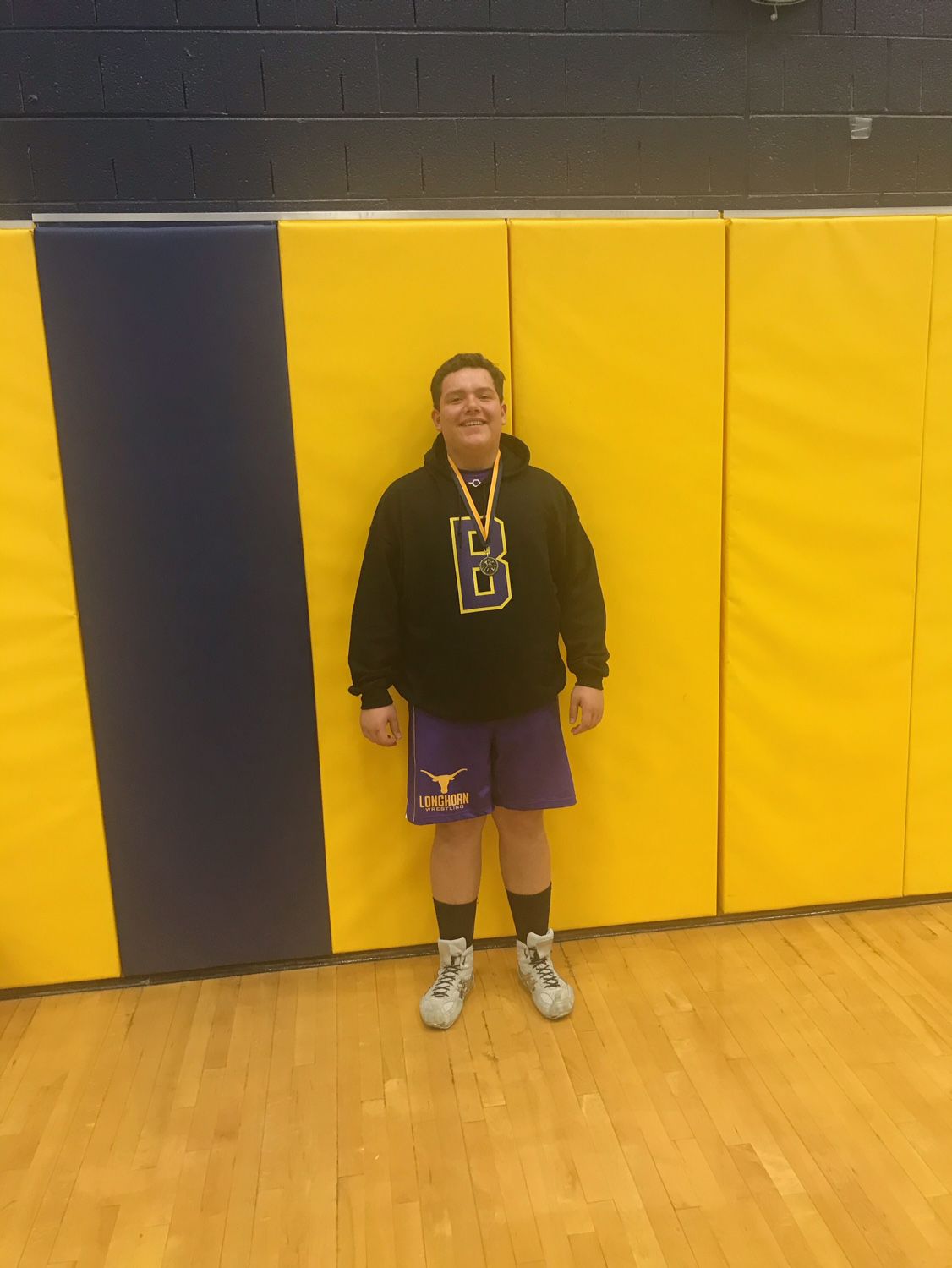 When Ryan Bradley first arrived in the Roaring Fork Valley after coaching wrestling for four years at Denver’s Regis Jesuit High School, prep athletes around here had gotten used to pretty much skiing or playing basketball this time of year.

The 18-year veteran coach says, “The beautiful thing was we

didn’t have a wrestling program, and at first that was kind of a relief because it’s a lot of work. But then as we built up our middle school program, kids got incredibly interested in wrestling. Our only option at that time, according to the (Roaring Fork) school district, was to go to Glenwood Springs and back every year. We did that for a couple years, then we got the district to grant us permission to have the program self-funded. 2012-13 was our first season back, and there hadn’t been a high school wrestling program in Basalt for 10 years.”

Over the last seven years, Bradley and his staff have brought a lot of young men through their program, and the success keeps growing.

“We’ve managed to have a state qualifier every single year. Actually, our best year was our first year out. We had four state qualifiers and a state place winner, but I think this team (2019-20) has the potential to do as well as that first one. It’s probably our smallest team, but I think it’s one of the best we’ve had since we’ve been back.”

The first similarity, according to Bradley, is a small but gritty group of athletes.

“That first year we had the team, 30 kids came out. By the end of the season, there were eight kids who made it. This year, we’ve gone from about 12 down to seven guys, but they’re all rock-solid individuals, so we’re going through the season with them, barring some kind of injury.”

Leading the squad is 6’1”, 260-pound Ernesto Lopez. He’s been a four-year football starter, a 2019 All-Western Slope League and All-State selection. On the mat, Bradley loves what “Erny” brings to the heavyweight class.

“He was incredibly close to placing at the state tournament last year, losing a close two-point match to a kid from Salida, who went on to take third. He was right there.”

This year, Lopez began the season prioritizing academics, according to Bradley.

“He missed the first tournament taking the ACT, since he’s obviously interested in pursuing athletics in college. But then it was so cool to watch him come back last week (Dec. 14) at Delta, where he rolled through the tournament. Ernesto pinned every single person in the first period. Then he got to the finals against the fifth-place finisher from last year’s state meet, Derek Sanchez of Cedaredge,” he said.

“Erny had him pretty well scouted out. Sanchez went for his signature move, Erny countered it perfectly, put him right to his back, and pinned him with eight seconds left in the first,” Bradley added.

The coach says with that win, he’s now seen Lopez go full circle: “He started wrestling for us in 7th grade, and won Delta, one of the toughest middle school tournaments we go to, in 8th grade. Then to have him win it as a senior — in the years we’ve been back we’d never had a wrestler in the finals there, but we had two guys make the finals and win it last weekend.”

Another big man for the Longhorns is Roaring Fork freshman Jose Munoz.

Says Bradley, “We’ve got this long history of really good heavyweights, including Oswaldo Morales and Olmar Marquez. Jose’s only a freshman, and he won the JV tournament last weekend at Rifle while Erny was wrestling varsity. That’s pretty exciting.”

At 182 pounds, Bradley says, “We’ve got Jose Castorena, who’s a super-solid lineman on the Longhorn football team. It’s Jose’s third year wrestling for us. He’s placed at regionals his freshman and sophomore years, so the goal this year is to get him down to the state tournament. Jose didn’t place at Delta last Saturday, but he ran into a pretty tough contender who ended up in third place. And 182 was so difficult that Amos Wilson, the stud for Glenwood Springs who took second in the state last year, finished second in the tournament.”

The next two weight classes are 170 and 160 pounds, and Bradley tells the RFWJ, “We’ve got back-to-back Samuelson boys out of Roaring Fork. At 170 pounds is Ruben, a junior who’s off to a really great start – undefeated, 11-0 this season. It was great when Ruben got to the finals at Delta last week and faced the kid from Delta who’d beaten him to go to state last year. Ruben beat him on points, 15 to 9, a really good match.

“Ruben’s done a lot of work in the weight room, and has gone to

some pretty impressive wrestling camps. He’s got the strength and the technique, and I think this is going to be a pretty exciting year for him,” Bradley said.

Bradley says, “He’s a 6-foot, 160-pound freshman, and Brady’s already notched several varsity wins. He’s got a lot of confidence on the mat. He’s been wrestling a long time, and was down at the state meet in middle school last year. And Brady’s a little bit bigger than his brother was at the same age – Ruben wrestled at 126 pounds as a freshman.”

At 152 pounds, Bradley says the man to watch is Ryan Zheng, who also played on that 9-3 Basalt football team with Castorena and Lopez.

According to the coach, “Ryan was one of our MVP’s in middle school. He wrestled last year, and this year he’s going to be mixing it up, going to some varsity and some JV tournaments. He’s just a great kid, a hard worker, and a fantastic student.”

Senior Fischer Mitchell is Basalt’s 126-pounder. Bradley notes when Mitchell’s not on the mat, he runs cross-country with that up and coming Longhorn team in the fall, and is on the track in the spring.

Bradley says of his versatile group, “The crazy thing is, I think every single one of these guys is a three-sport athlete.”

Amplifying his belief that this could be a special year for Basalt Wrestling, Bradley adds, “Every one of these guys is super solid. I don’t have to worry if people are showing up to practice or not.

“They’re also doing great in the classroom, so I don’t have to hound anyone about grades and taking care of business. They’ve all got great character – I’ve talked to their other teachers, and all the teachers enjoy having them in class. These are things that stand out for me, having guys that are motivated, disciplined, and great to be around. We’ve also got a great staff of coaches, we’re lifting weights three nights a week, getting wrestling techniques down, and getting our cardio in.”

Bradley notes that along with these top student-athletes, he can always use more. “One of the things I love about wrestling is, any ‘body’ can wrestle. You can be 5’4” and 120 pounds, and we’ve got a spot for you.” If a student or family is interested, get in touch with him about the program in person at BHS, or contact him through the website basaltwrestling.org.

Check that site out too, if you’d like to see the Longhorns grapple in person. They’ll be at West Grand in Kremmling this week, Dec. 20-21, for their final action before the holidays, but in January, Basalt has three straight home meets on Thursdays, including Jan. 16, 23 and 30.

Bradley adds there are talks about possibly moving one of those to Roaring Fork, since several Carbondale athletes are on the team.

Also this week: Basalt girls’ and boys’ basketball, each team with one win on the season so far, visit the Rifle Bears. The varsity games can be heard back-to-back Friday evening Dec. 20, starting at 5:45 p.m. on coloradosportsnetwork.com.