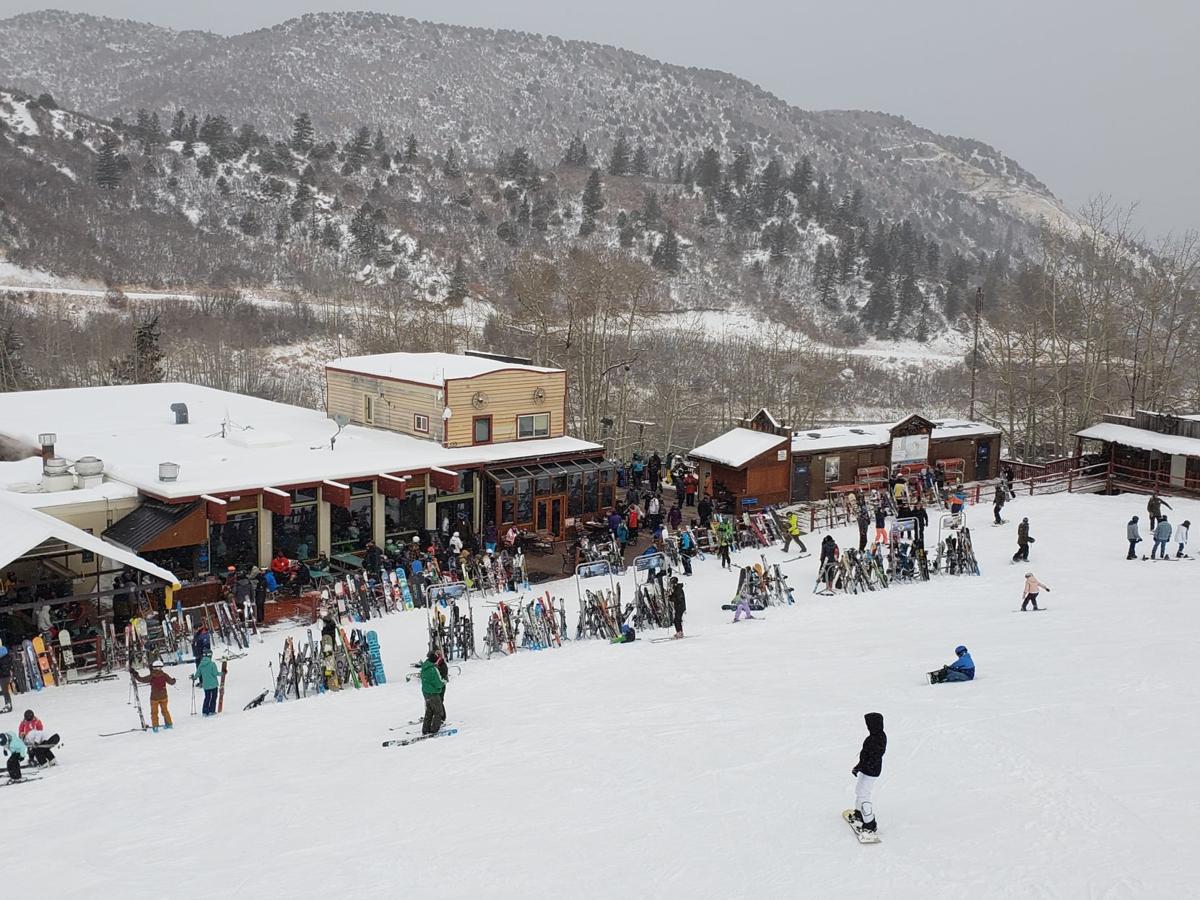 crowds, even as growth continues. 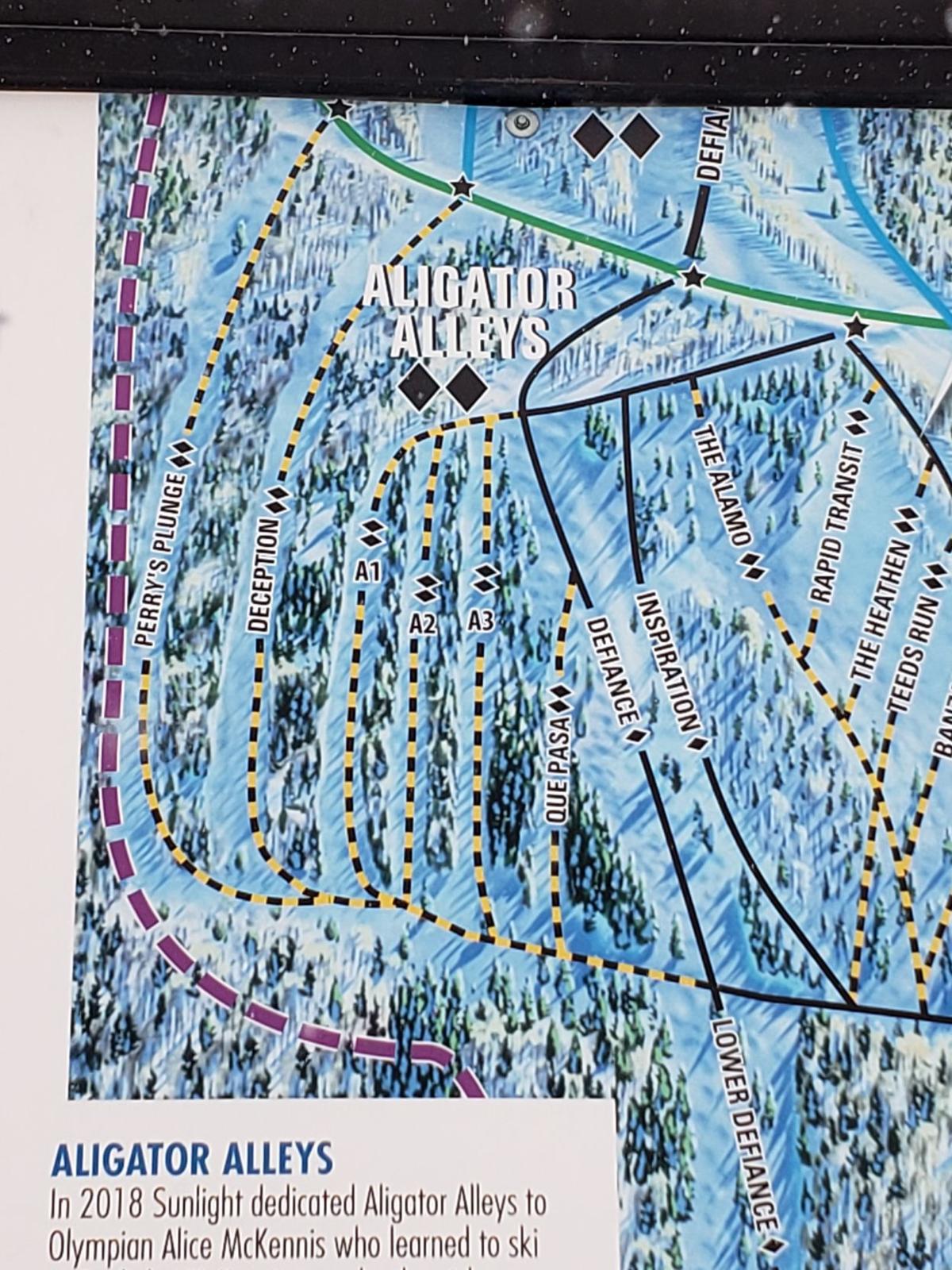 Sunlight has five newly cleared trails that should open with another 8-10 inches of new snow, most of which are visible here: Lower Deception, Lower Defiance and Que Pasa, along with Cedar Glades and Vortex. In 2021, the resort’s new lift will serve this area, following the Que Pasa trail. 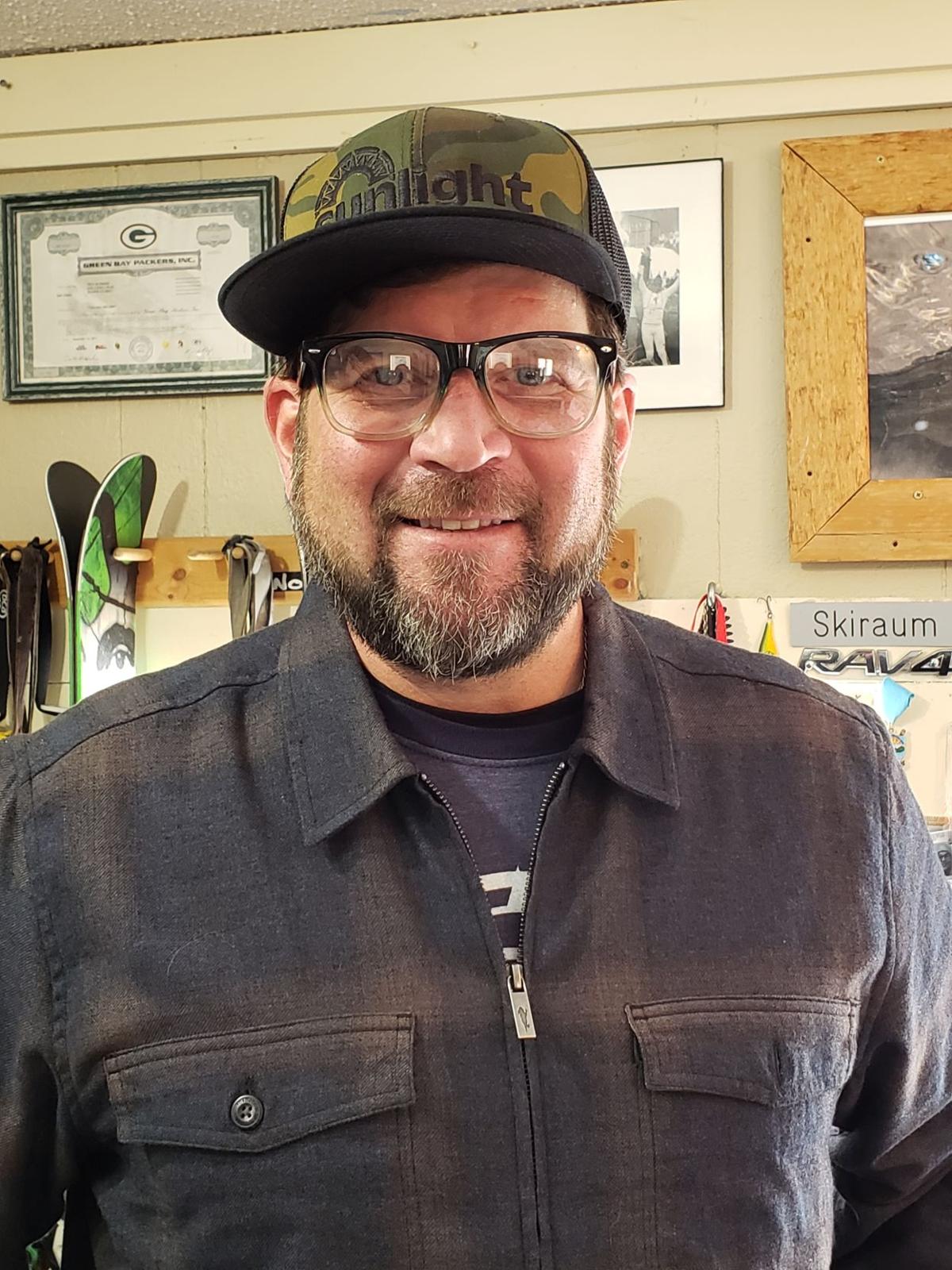 Ever since opening for the first time on Dec.16, 1966, 53 years ago last month, with a single lift and only a few trails, the Sunlight Ranch Company, Ski Sunlight, and now Sunlight Mountain Resort has been a fixture of Glenwood Springs.

It remains on a peak, Compass Mountain, that Downvalley residents claim as their own, succeeding the early Holiday Hill and Red Mountain slopes, and continuing their spirit, without the Upvalley, upcharged, many would say just plain “uppity” atmosphere of Aspen.

It’s a difference going up Four Mile Road and Garfield County Road 117 many cherish, despite daily traffic patterns showing many of these locals on the way to make their living up state Highway 82, only to bring those dollars back, to spend at their beloved Sunlight.

Change has always been gradual at Sunlight, from the trail and lift additions of the ’70’s and early ’80’s to the expert terrain and lower-mountain snowmaking that came online in the ’90’s along with summer activities. Now, and in the next couple years, additional upgrades are on the way, too.

The resort’s marketing and sales director, Troy Hawks, says SMR’s first trail expansion plan since the 1989-90 season, when East Ridge was initially added to, is underway.

“Our trail crews were busy this summer, cutting down trees. So we’ve got five new trails skiers and riders can enjoy this season, but they haven’t been opened yet. Upper East Ridge is open, the five new trails are not, but when they are, they’re going to be a super fun ride,” he says.

Hawks says they should be opening soon, only another 8 to 10 inches fresh are needed to make Lower Deception, Lower Defiance, Que Pasa, Cedar Glades, and the Vortex skiable.

Hawks adds it was just time for more at the venerable Downvalley locals’ hill.

“Absolutely.  We’ve put together some good seasons here in the last few. We did a public survey a couple years ago.  Certainly, there was local interest for more terrain, and maybe upgrading our lifts. We really thought the lowest-hanging fruit was to add to our more advanced terrain over on East Ridge.”

And make no mistake, these runs will be black – “They’ll be at least single, maybe some double-diamond. Still, the steepest part of East Ridge is East Ridge proper. These are a little east of that, so it’s not going to be quite as steep, but it’ll be remarkable tree skiing.

“The crews were in there on our existing runs as well, clearing out a lot of downed trees and such. They’ve also gone in and significantly cleared out the ‘Ali-Gator Alleys,’ which we recently dedicated to two-time Olympian Alice McKennis. So we believe the entire East Ridge is going to ski a lot better this season than it recently has.”

A big part of Sunlight’s steadiness and success the last few decades had been the leadership hand of 33-year general manager, Garfield County Commissioner and Colorado Ski Hall of Famer Tom Jankovsky, who stepped down from that role after the 2017-18 season. To maintain the all-important “feel” of Sunlight, it seemed only logical that in September 2018 to elevate assistant GM Tom Hays. He had been in that position since 2012, was mountain operations manager since 2006, and started as a Sunlight volunteer ski patroller in 1982.

Of the transition, Hawks says, “yes, Tom Hays is the new GM, in his second year. We’re really excited to now have Tom leading the team. Tom Jankovsky did an incredible job, of course, steering Sunlight through good seasons and some bad ones for more than 30 years. And good for us, he’s still involved in the company from a CFO (chief financial officer) perspective. But yes, Tom Hays is now in charge of daily operations.”

Hawks adds that to the average skier and rider, the change that could be volcanic at some resorts has been as essentially seamless as possible.

“No one’s really noticed. There should be ‘so much to smile about’ (their key marketing phrase) here at Sunlight as there ever has been. So there’s been nothing to that switch really impacting the skiing and riding experience.”

In almost the same breath, however, he notes a major impact, saying, “The long-term plan is that two summers from now we’re looking to put a new lift up East Ridge. It’ll make those runs more ‘lappable,’ so the snow might not last quite as long in that area, but we’re really excited to expand our advanced skiing options.”

That upgrade, the liftline expected to follow the Que Pasa run up toward Grizzly Road, would be Sunlight’s first new uphill transport since 1987, and only the fourth lift on the mountain. The first of the three current chairs went up in 1973, the next in ’77. Some folks first arriving at Sunlight have been known to comment on their lack of modern speed, but Hawks notes, to the local Sunlight aficionado, lift speed is most often seen as a feature, not a bug.

“Some people enjoy it as a zen moment,” Hawks says. “To take in the view and unwind. And of course we’re able to run a lot cheaper and keep skiing affordable with the lifts we have.”

Affordability paired with potentially large crowds are the hallmarks of Sunlight’s Skier Appreciation Day, the 35th annual edition of which is on tap next week, Friday, Jan. 10.

Hawks reminds, “That’s when all locals can cash in on 20-dollar lift tickets. It’s a Friday, and all proceeds benefit the local United Way. So if you’re not already in a Sunlight season pass or other lift ticket, come on up. And with a lot of great new snow just in the last week or so, we’ll be a lot closer to 100 percent open by the time Skier Appreciation Day rolls around.”

Sunlight Mountain Resort is probably too big, too important within Colorado’s snowsports industry, especially having grown racers like McKennis and hosted top-shelf giant slalom competitions over the years, to be seen as “the little mountain that could” anymore, but it has many dedicated fans, locals who are always “stoked” to head up that winding road to their own little slice of heaven.

Homebuilding along said road is another clear sign of that. Hawks adds that new visitors, looking for something different but great, are always welcome.

“We get plenty of folks who’ve been up in Aspen, aren’t aware of us, come to visit for the first time, and find the Valley presents a nice mix of options. There’s the “world class” experience at Aspen, but here, despite the smaller hill we’re family-friendly and affordable, a couple things Colorado’s Western Slope residents are all about.”

The long climb up continues, in an industry that depends on gravity to pull you downhill. Sunlight and its guests seem to always enjoy defiance of Newton’s law, and its benefits, in equal measure. Maybe that’s what they have so much of to smile about.